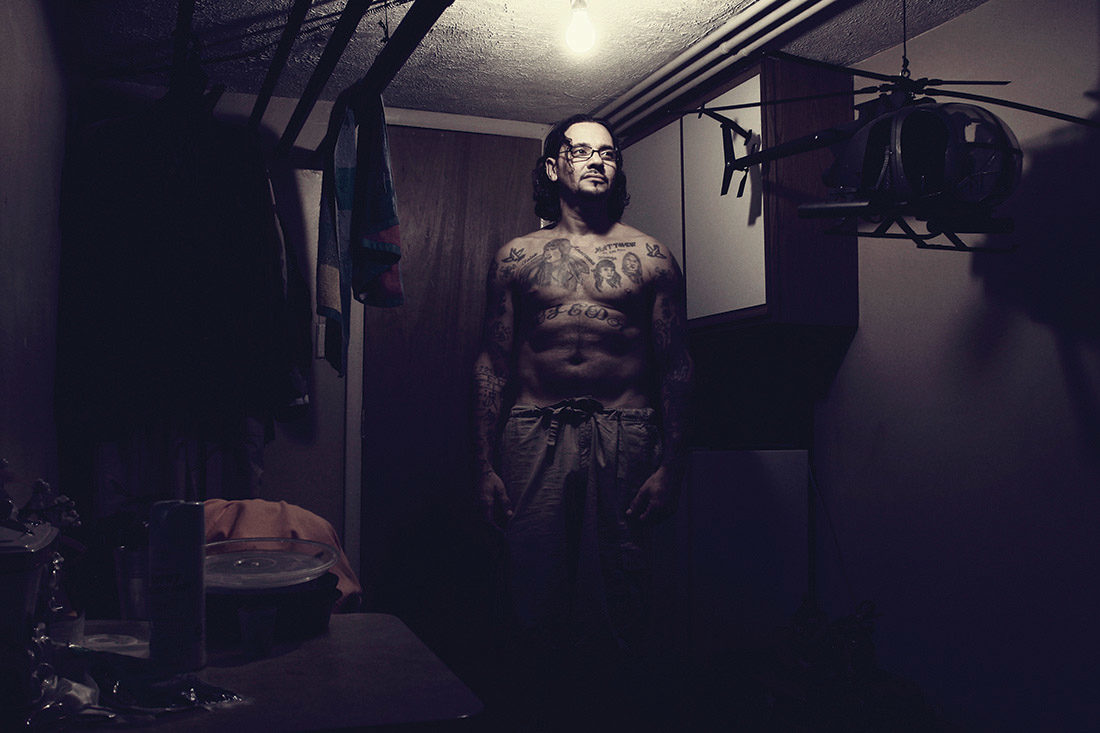 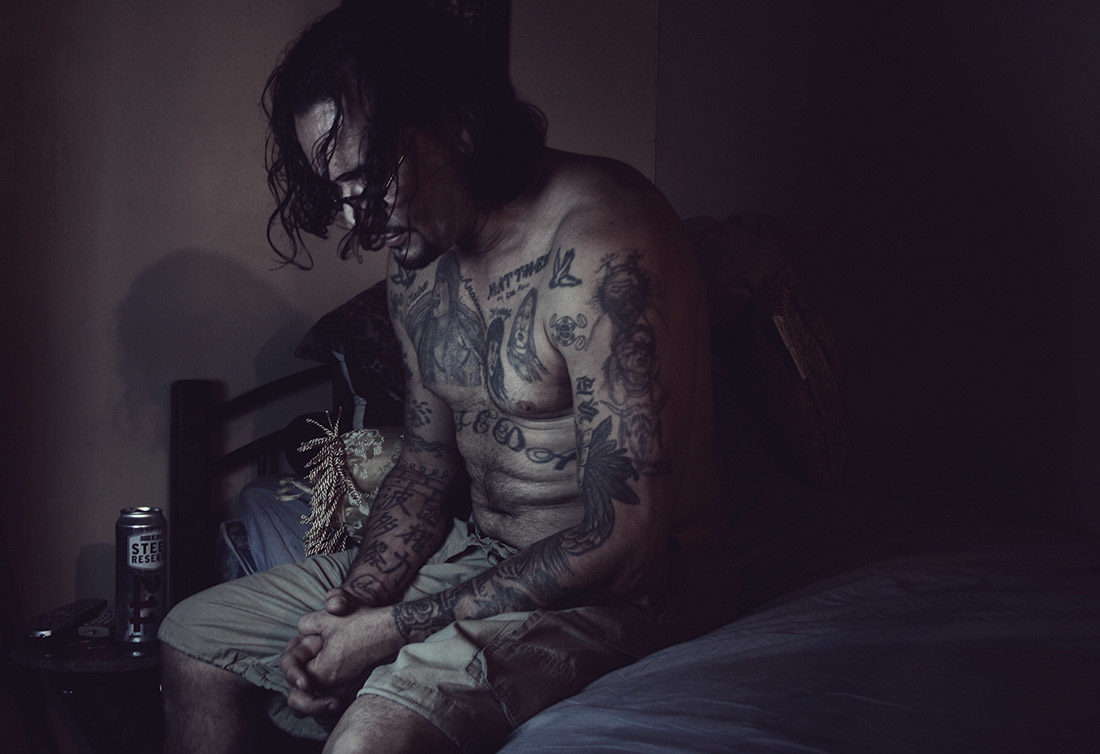 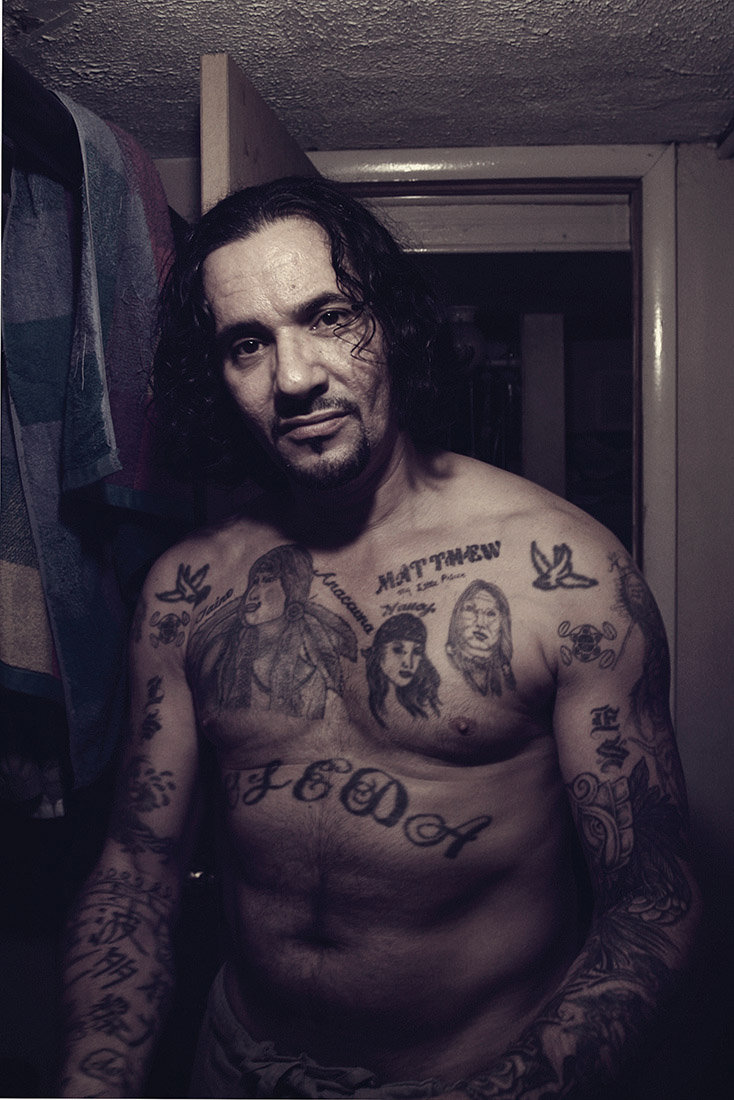 I have started my trip in New York. The previous organized internship with a commercial photographer didn’t work out,  and through some people I knew I moved into an apartment in Locust Street, Brooklyn.

Soon I met Harry, one of the people being more outside than inside his home, a rough-tough looking guy, explaining everyone the danger of the neighborhood, muscled and tattooed.

Outside he was greeting people, talking to neighbors, collecting and distributing in formation on the neighborhood.

He actually started talking to me, asking where I am from, what I am doing and other information he could than again distribute to the hood.

Not knowing what to do know in this big city, I started a photography workshop at ICP in 2007. The workshop went through known photographers and their work, and set the task of going out to photograph people we encountered ourselves.

Harry agreed surprisingly right away of being photographed and two minutes later I found myself in his apartment, think with him together of where to photograph the best.

When finally photographing him three days later, he was surprisingly more nervous that I was, which gave me strength again.