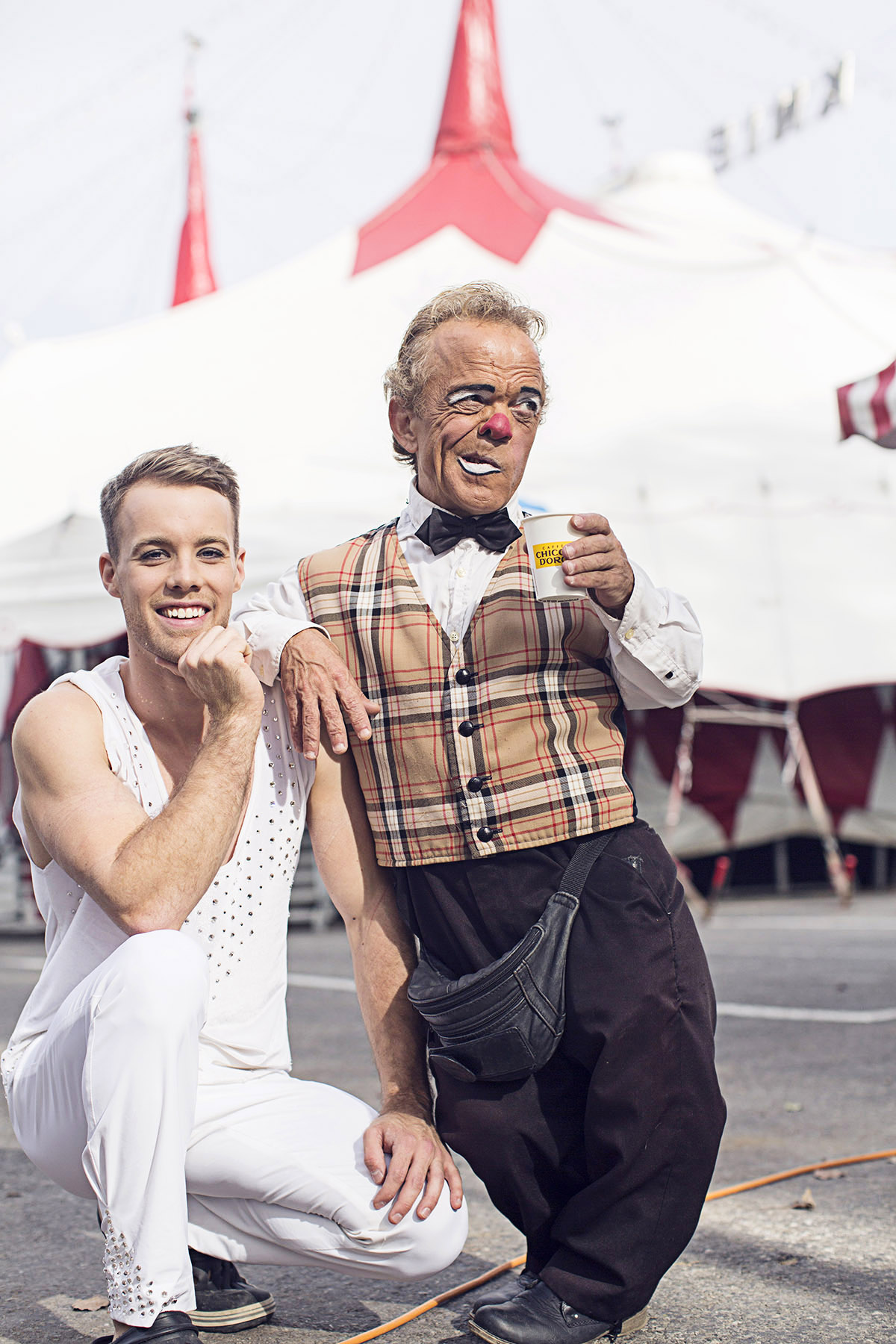 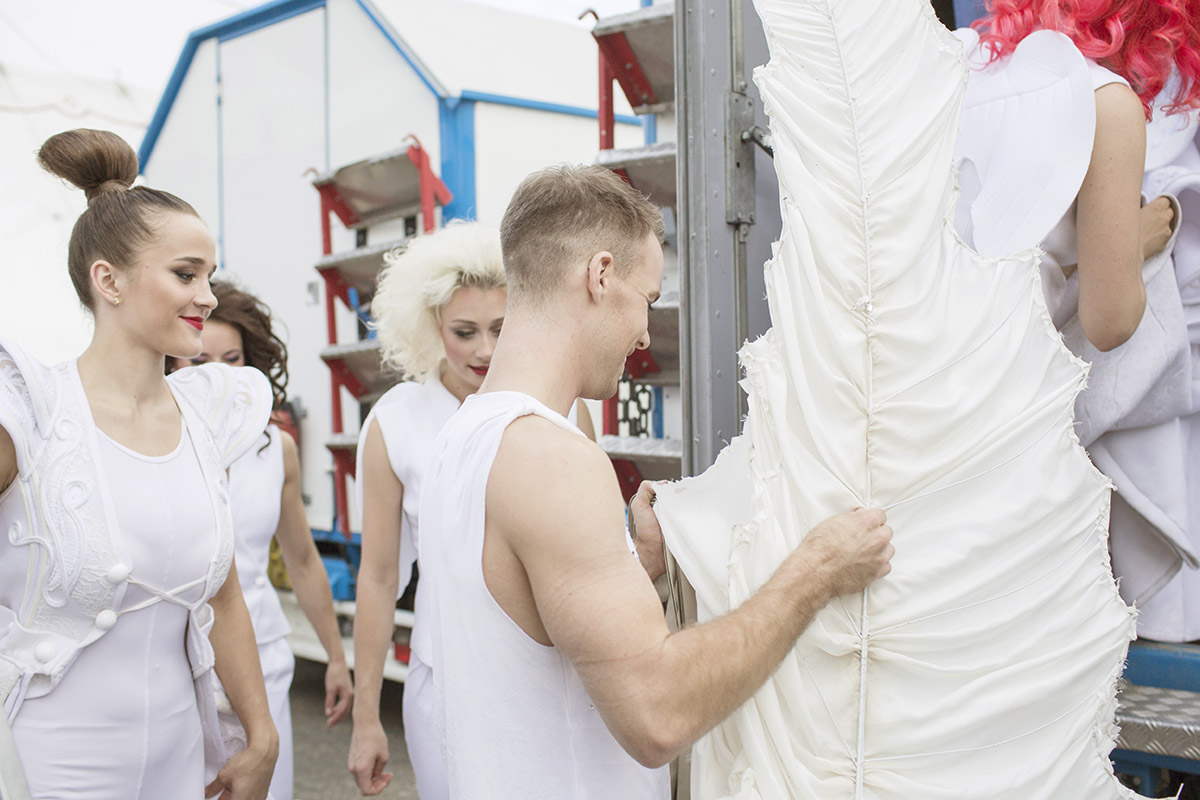 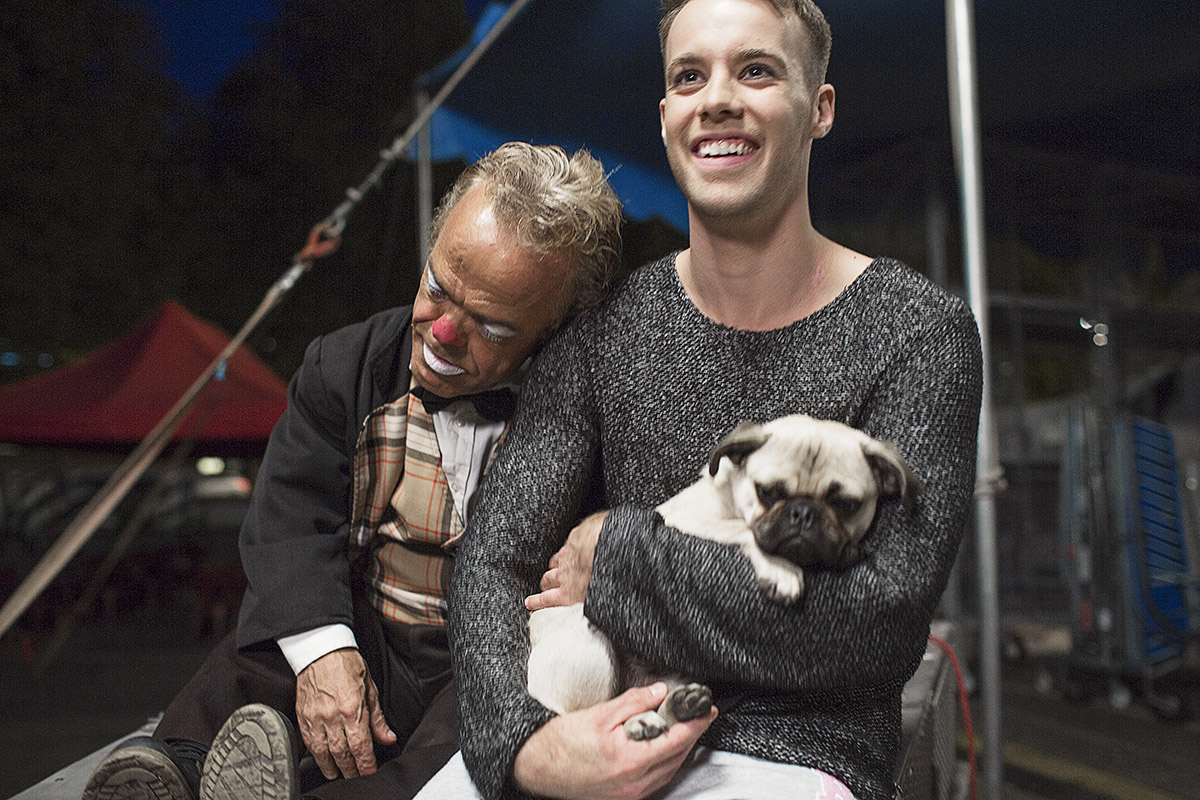 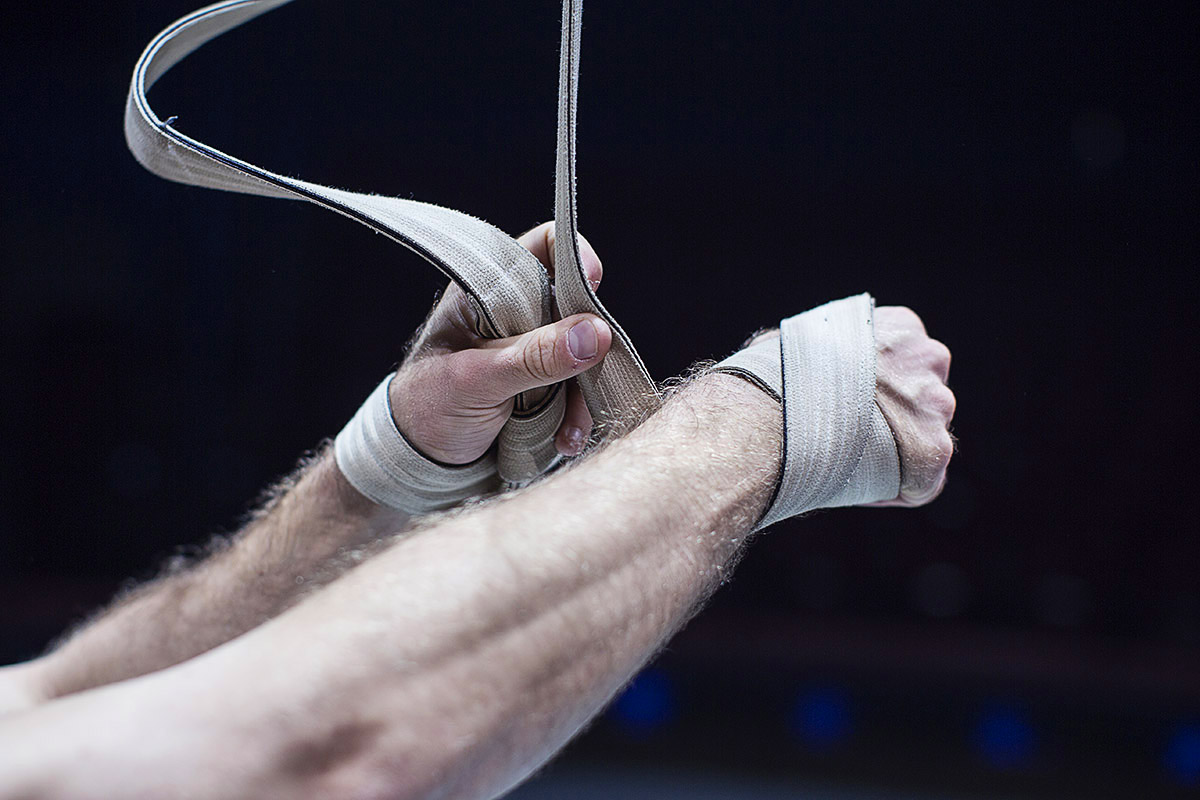 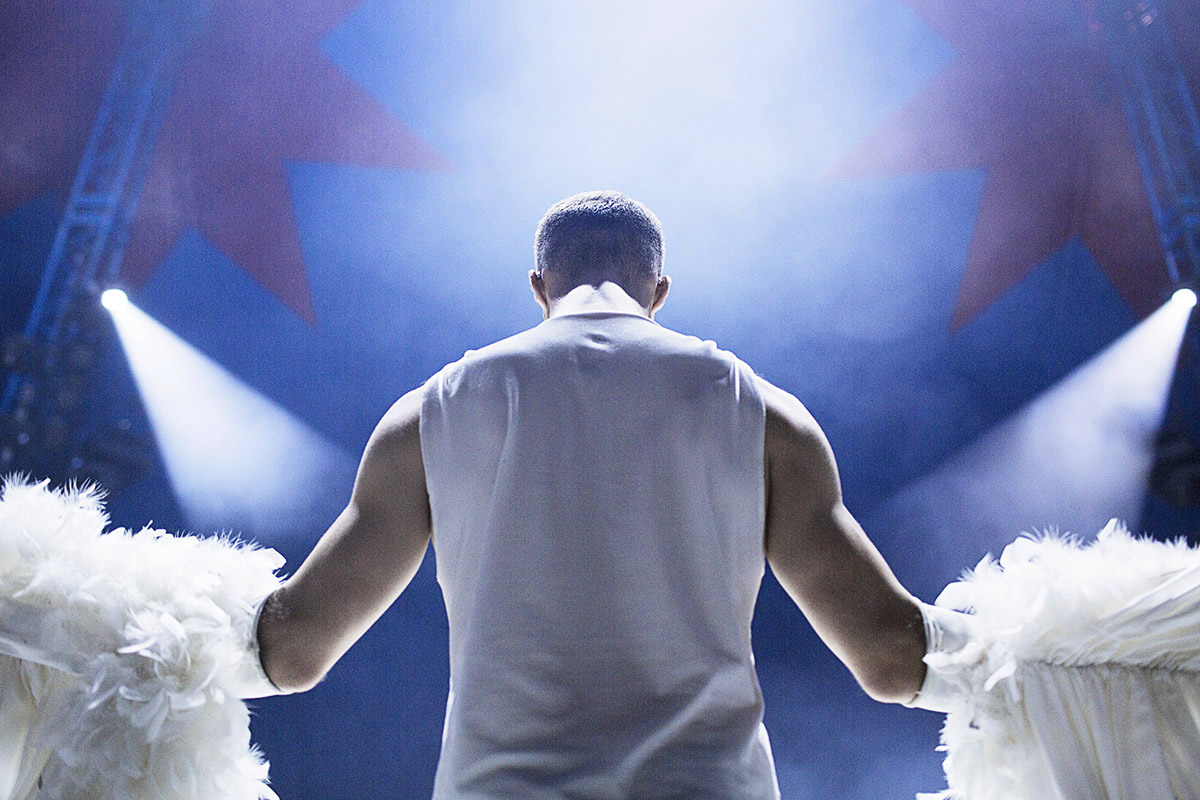 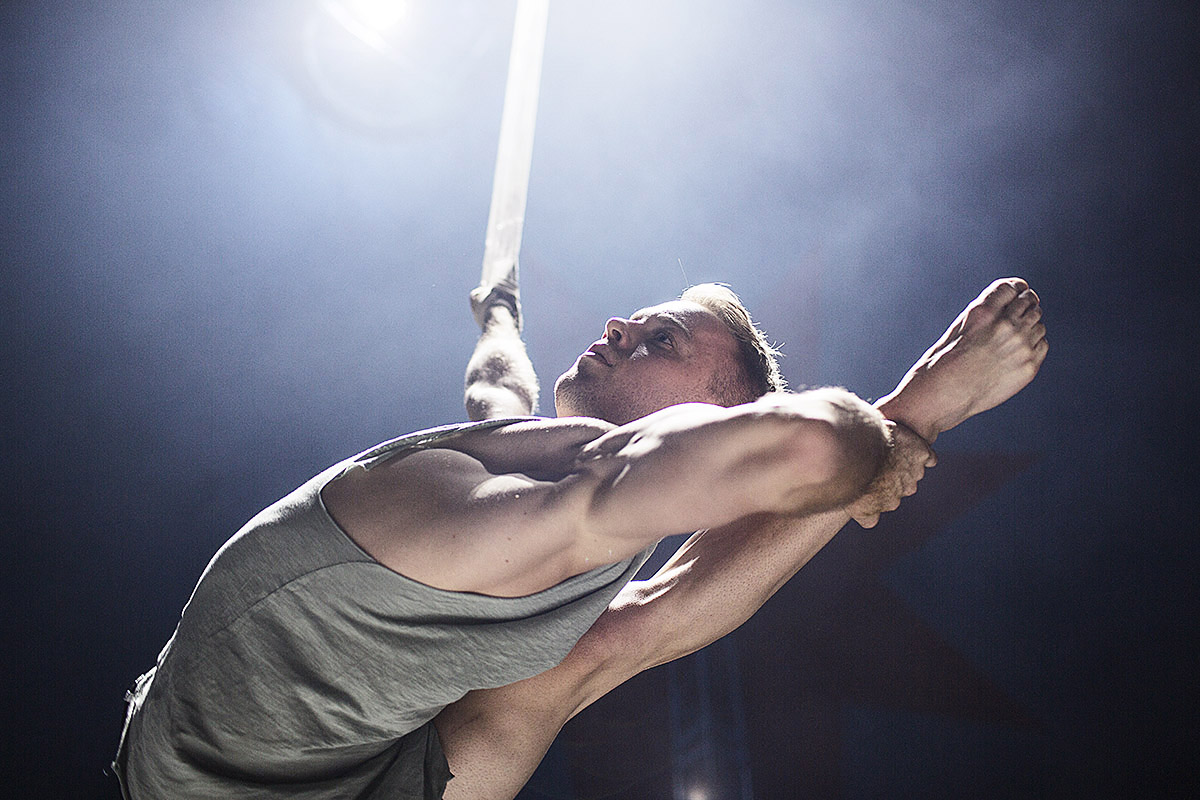 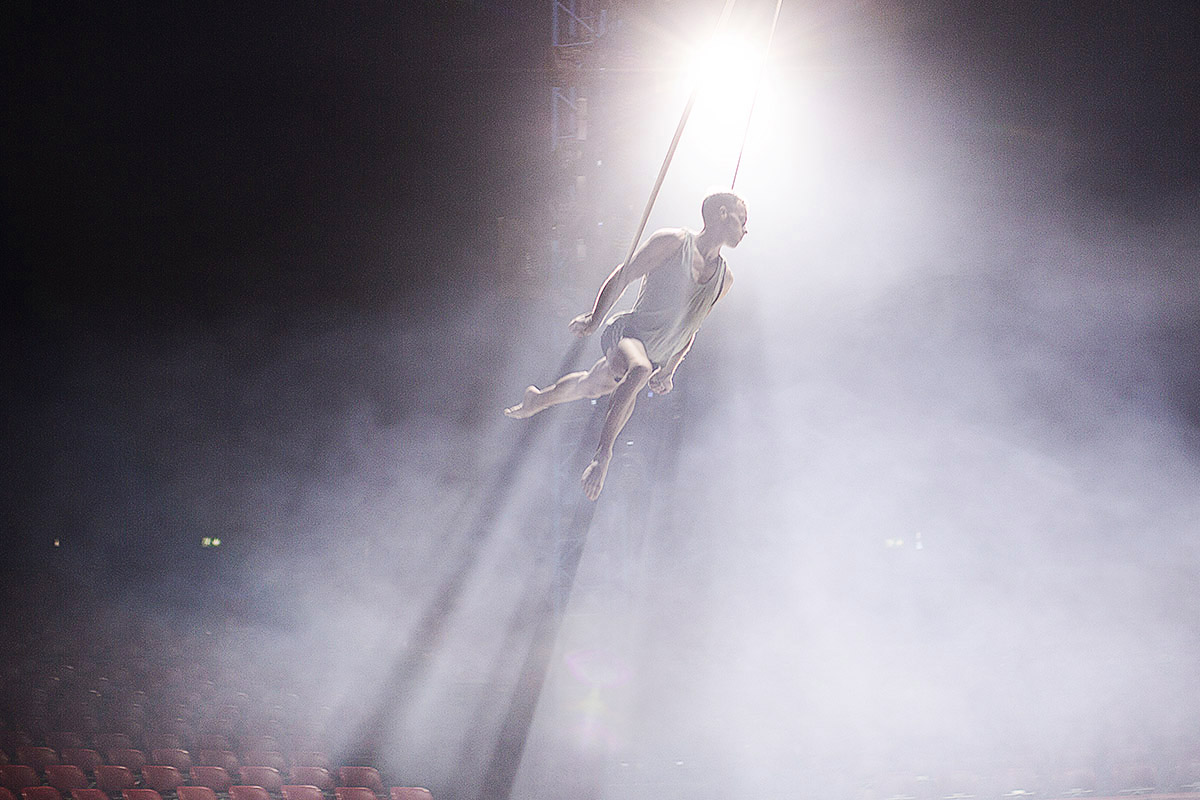 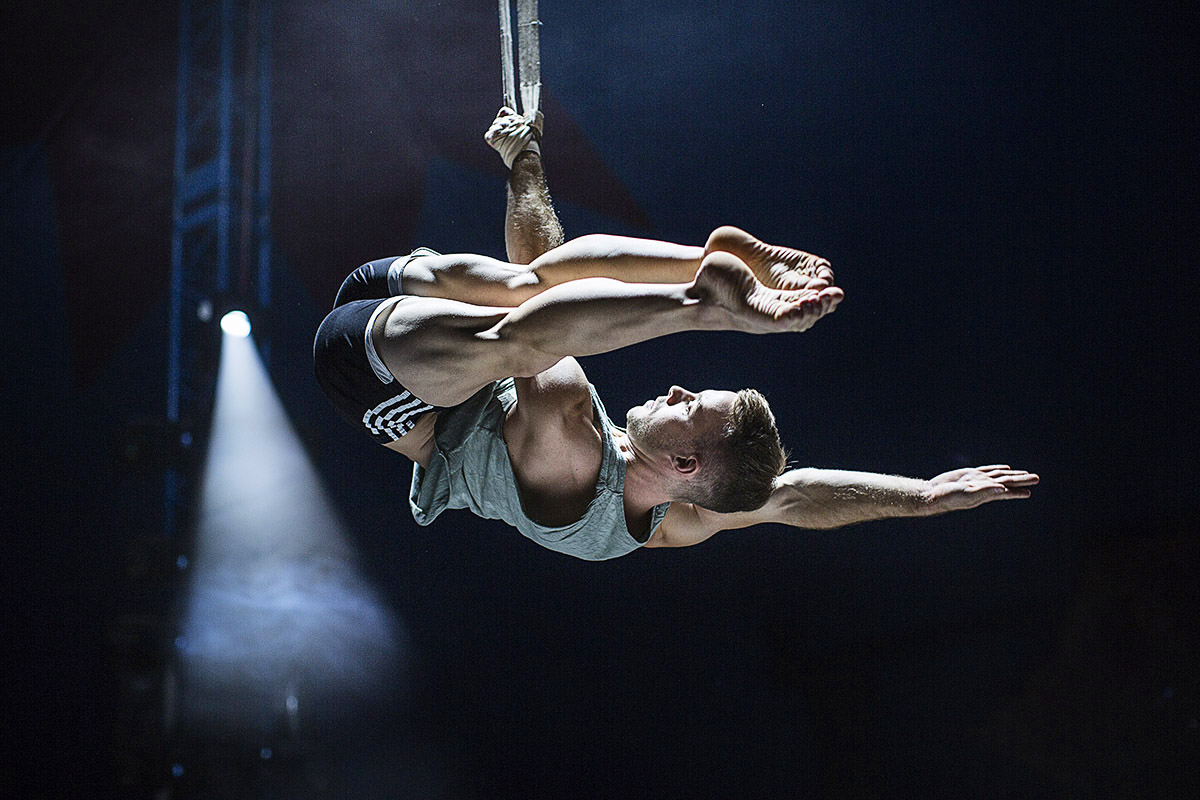 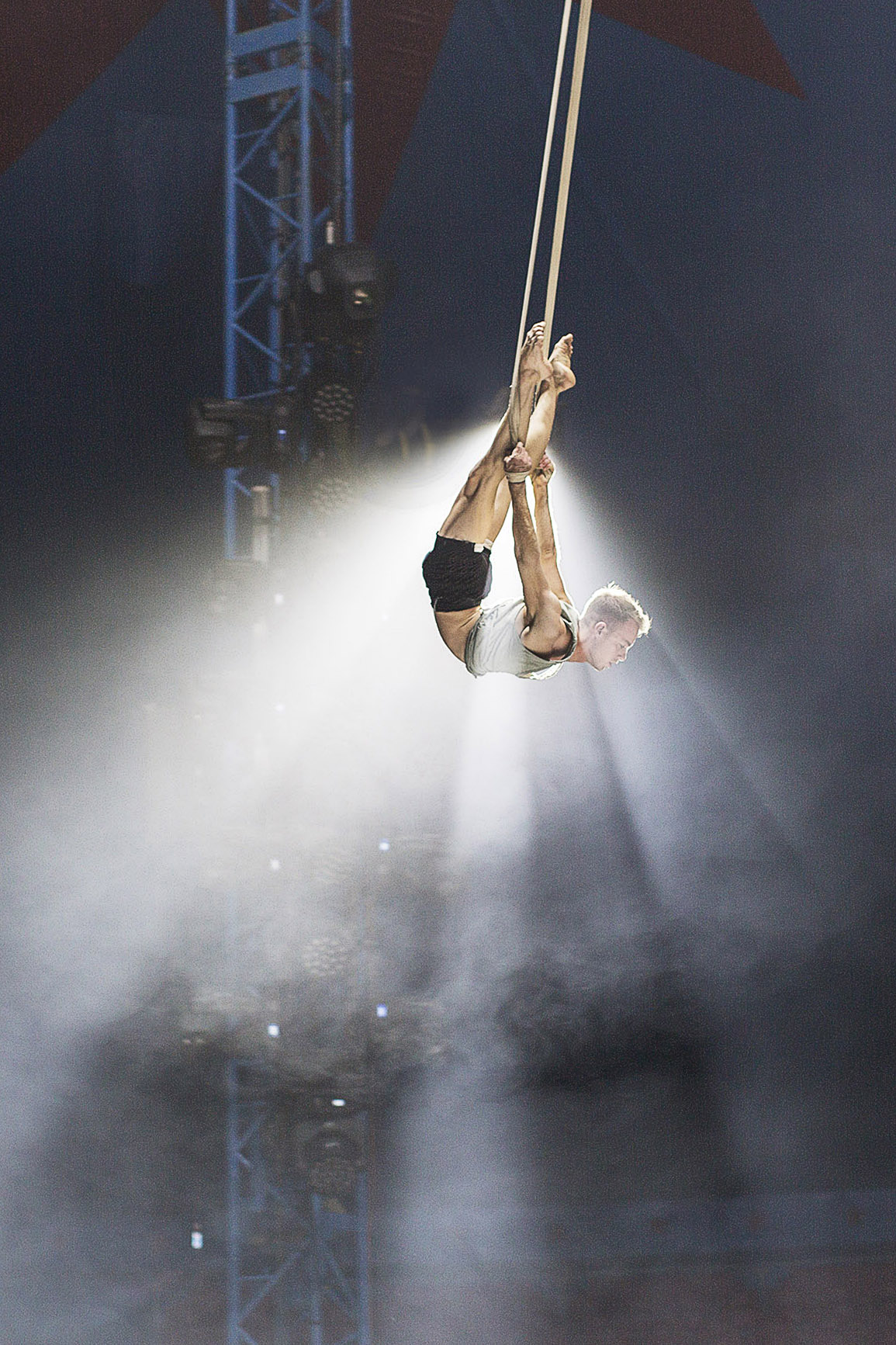 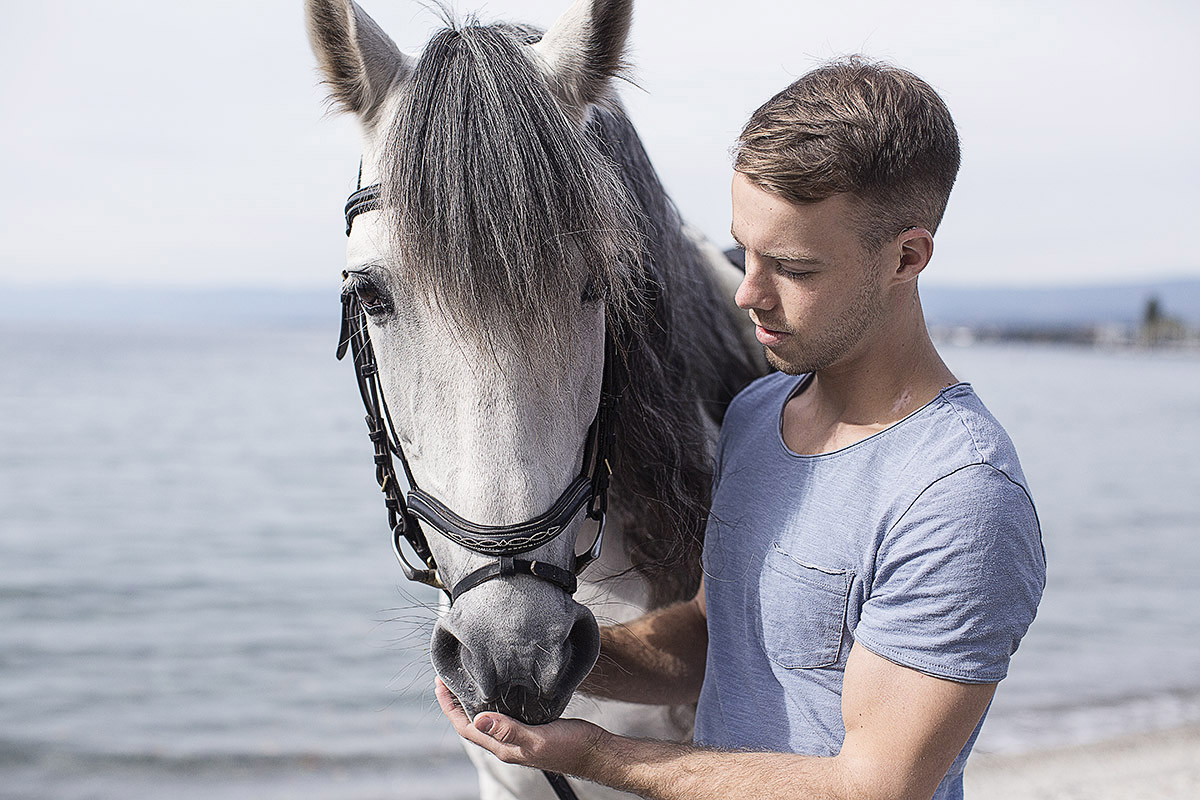 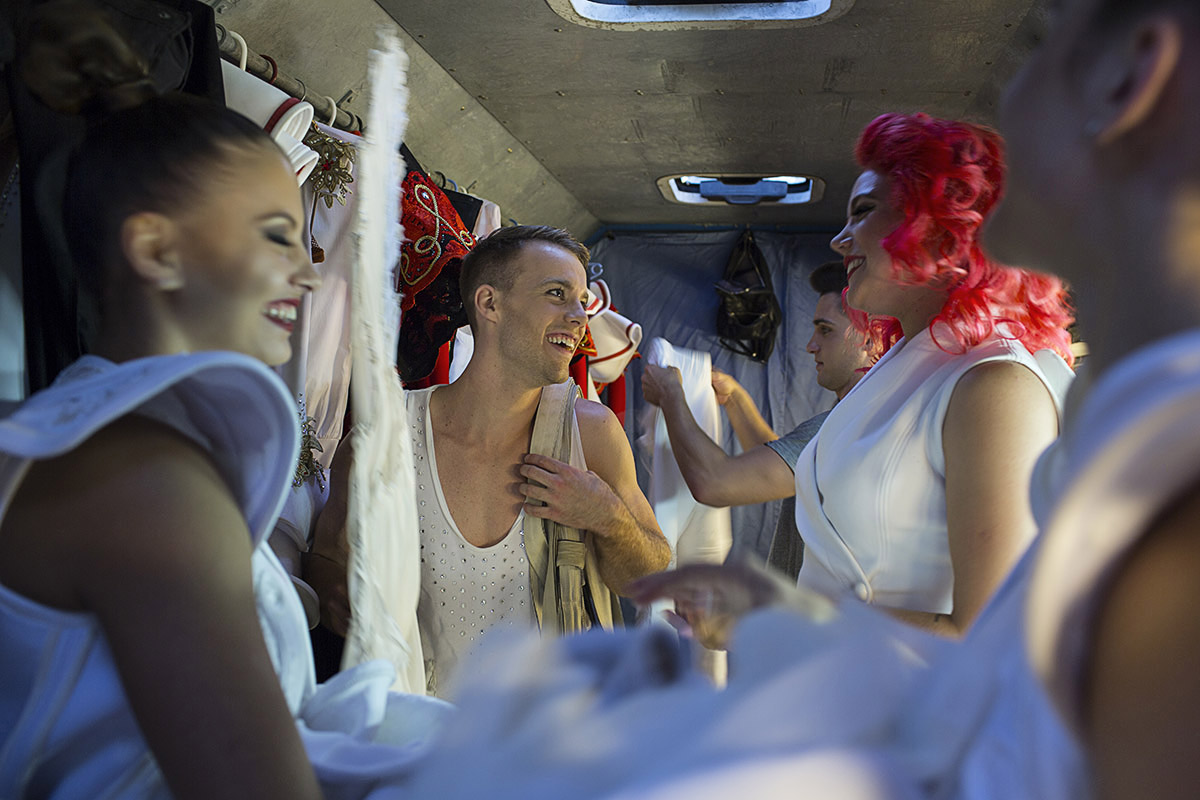 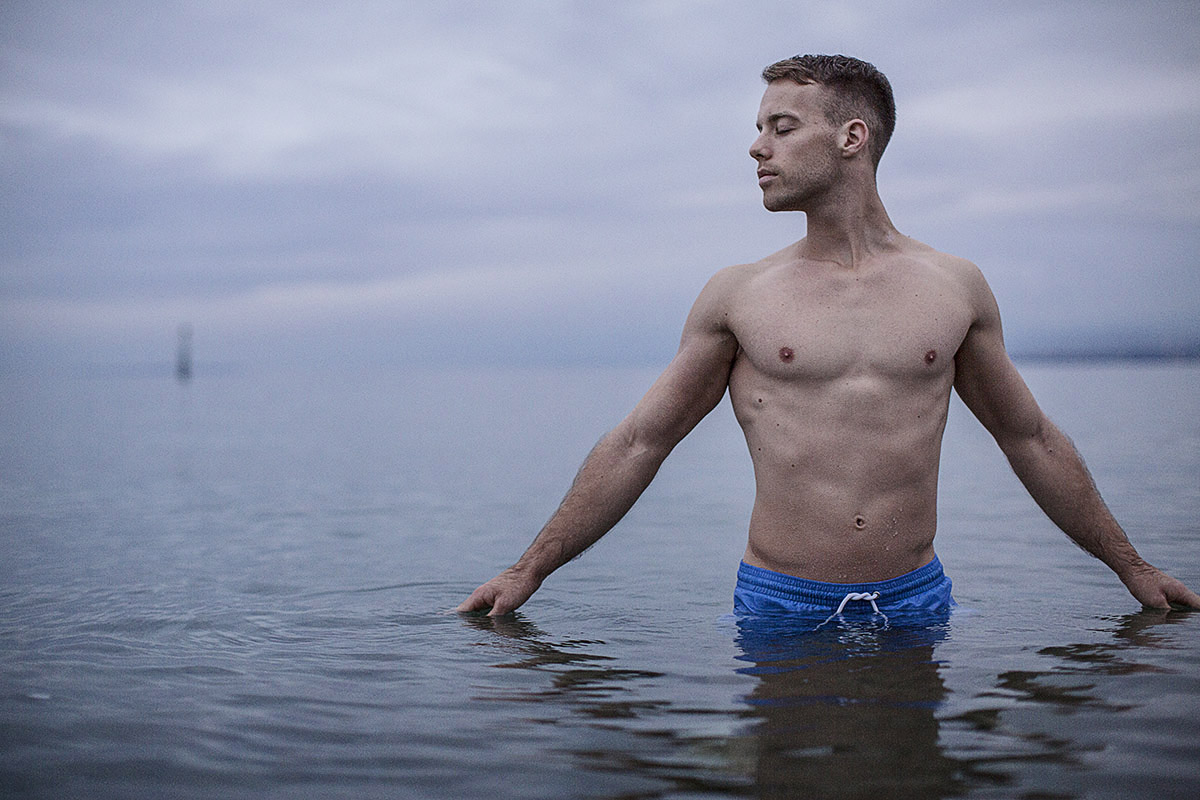 In 2017, Swiss aerialist Jason Brügger officially joined a circus – a life-long dream. But an inner-ear infection threatened to bring this dream to an abrupt end. However, the young artist refused to give up and kept reaching for the stars. The hearing aids he wears, made by Sonova brand Phonak, have helped him on this journey.

Jason Brügger seems almost weightless as he swoops through the circus tent. With the aid of broad straps, he soars and spins around his own axis high above the heads of his audience – with no safety net. He looks like an angel with his long, white-feathered wings attached to his arms. The crowd at the Swiss National Circus Knie watches with bated breath. Many already know him from his TV performances: it is this act, in which Brügger enacts the ancient tale of Icarus, that won him the fourth season of the casting show “Switzerland’s Got Talent” in 2016.

The straps, also known as “aerial silks” or ribbons, on which Jason relies as he glides back and forth, are fastened just below the roof of the tent. There are loops at the lower end of each strap into which the circus artist’s arms or legs are inserted. The precise height at which Jason floats is in the hands of someone else. A technician, who works extremely closely with him, operates a motor, which pulls the silks up. The technician is also responsible for bringing him safely back down to earth at the end of the act.

The audience is transfixed by his performance. No one says a word. Only once the routine is over does the tension break and give way to lengthy and enthusiastic applause. Glittering, multi-colored confetti swirls around the floodlights. Jason and his fellow artists – dancers, dressage riders and trampoline jumpers – take a bow and exit the tent, happy and relaxed after their performance. He beams. Jason loves captivating people with his acrobatic displays. “As an artist, you’re highly aware of the audience’s energy,” he explains. “You get so much from it, and I think it’s a real privilege to stand up in front of a packed house every day.”